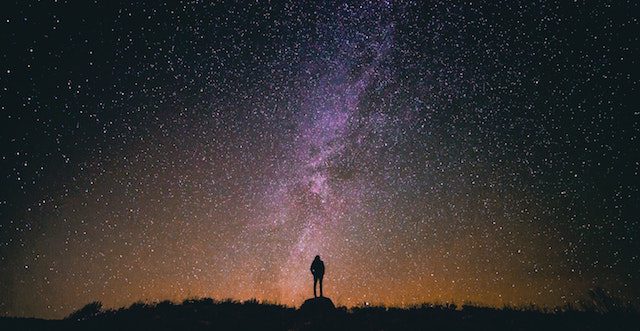 My closest friends know me as dramatic and stressed out. In fact, I’m part of a growing global statistic of people who struggle with depression, anxiety, and–my least favourite–loneliness. I have tried to combat this over the years, by surrounding myself with exciting people, and practicing vulnerability. I’ve tried to make myself a productive member of society. Isn’t this what most of us have been told to do for a successful and fulfilling life?

If so, then why was I still so anxious? Why did I struggle to get out of bed each morning? How come I felt such unrelenting loneliness, even when I was with people I cared about? It was a minor comfort discovering that I was not alone in my loneliness, that millions of people struggle with similar experiences. With that realization, it was time to do something about it. I started meditating and studying with Doug and Catherine Sensei and visiting Clear Sky. And recently, when my teachers challenged me to do a two-week personal retreat, I accepted.

A few days before the trip, a wave of anxiety washed over me. The doubts were ruthless. How can I be alone for two weeks? The loneliness was going to eat me alive.

This is how I arrived at Clear Sky, with a sense of dread–only to receive a welcome of open arms, warm faces, and really good food.

After sensing my anxiety, the Sangha members at Clear Sky met with me to talk about my needs. They acknowledged my nervousness and suggested I spend a few days with them. This settled me in and built some structure around my days. They also offered a few days at the end of the trip to help ease out of my personal retreat. It’s easier with others! Having the community there to hear me without judgement and to accommodate my needs on such short notice was something I was grateful for.

It’s important to note that Clear Sky runs off a model, created by the Sangha, called the Spiritual Container. The model encourages spiritual practitioners to cultivate five key principles to create a supportive environment for spiritual practice in their day-to-day lives. The five principles are:

I learned about this model years ago, yet never did I think this it would one day be a substantial source of comfort for me during a time of vulnerability.

By the time I went into retreat, I’d already developed a structure, which I followed continuously for the duration. This kept my practice consistent. I could commit to prostrations (a purification practice in the Vajrayana tradition) and seated meditation in a way that I could never in the past. I learned what I was capable of that week. The structure left little room for anxieties and loneliness to persist, since it filled my days with practice and wholesome activities.

The retreat included eating in isolation, and they served me some of the best meals I’ve ever eaten. I welcomed the little touch points of personal contact to instruct me in tasks, which didn’t take away from the experience of solitude. They also gave me check-ins when I needed them. Being able to reflect on my experiences with someone else for a few minutes gave me much to contemplate later.

There were many benefits I discovered on this personal retreat. The greatest and most appreciated gift was the fruit of all my time with the founding teachers, Doug and Catherine Sensei, in the last several years. They helped me transform my retreat into an opportunity to explore my loneliness and anxiety, instead of pushing it away or distracting myself. I have never done that before, and was terrified to even think of the possibility.

The teachers were patient and encouraged me to shine a light on the shadows I buried for so long; the shadows being the things we bury deep in our subconscious that influence us in unsuspecting and sometimes damaging ways. They challenged me, and with their support, I showed up for myself and explored my shadows alone for the first time. In doing so, I felt freer and lighter, less gripped by the pain of my depression and the fear of my anxiety. It was a breath of fresh air, to connect finally with myself on such a vulnerable level. 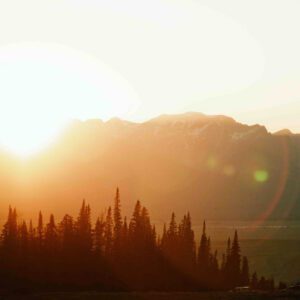 “I opened my eyes after finishing an hour of rejuvenating meditation and looked up at the tall fir tree that towered over me. A warm wind blew, making the tree sway gently. I glanced over to the valley and the sky painted orange and pink from the setting sun. I took a deep breath, and for the first time in my life, I felt a deep sense of connection in my aloneness. No worry, no stress, and most striking of all, no loneliness, even though I had just spent five days alone in personal retreat.”

Connecting with something more than myself

It’s a feeling that’s unexplainable, but during that week, I had a taste of what it felt like to be deeply connected to something. To something bigger than myself. Bigger than my problems and my struggles. It was much needed, especially during this time when the world faces a global pandemic, the economy is under crisis, and people are more depressed and anxious than ever. And yet during that week, I didn’t worry or stress. I wasn’t lonely. The world seemed so much bigger and so much more than all the strife that I typically saw myself caught up in. And for the first time in a long time, I felt like everything was going to be okay.

Although currently I’m writing this back in the “reality” of struggling to pay bills while simultaneously balancing schoolwork. The news is a constant reminder that world issues are a long way from being solved. There is a lot of work to do. But what the personal retreat did was provide space. It gave me a breath in the midst of the chaos that we call life. It grounded me when I felt like there was no end to the struggle.

I learned what it truly meant to depend on others, because even though I rarely spoke to anyone during the retreat, I felt connected and cared for by the teachers and the Sangha. I practiced my discipline and discovered that I could persist towards my spiritual goals without the anxiety of needing to be ‘productive’ in the back of my mind. And I had a taste of what it meant to just enjoy the experience, despite the uncertainty of what was to come.

My favorite moment of connection 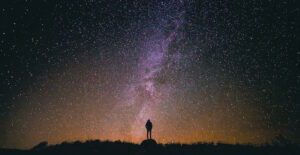 There was a night during my personal retreat, where I ventured out of my little cabin. I glanced up at the millions of stars twinkling back at me against the backdrop of the midnight sky. I haven’t seen stars like that since I was a little girl growing up in Saskatchewan. Standing there in awe, I bore witness to the magnificence of what the universe offered. That night, I learned what it meant to ‘just be’. That I was enough and that the world was enough. And in my aloneness, I forgot what it felt like to be lonely.

All images, thanks to: Greg Rakozy on Unsplash