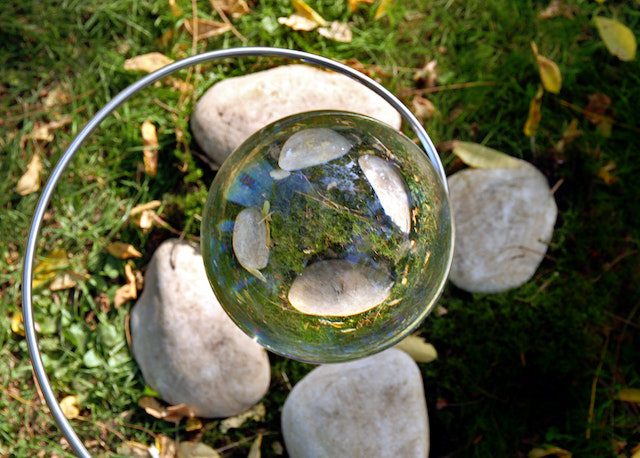 Challenging My View of Asperger’s Through Dharma

Since I was little, I had this sense that I was different, but couldn’t put my finger on what it was. I did well in school and mostly got along with other kids. For sure, some kids sensed that I was a bit “unusual” in my social interactions and it was difficult fitting in and playing with others.

When I was in university, things got clearer. I had started to struggle with my studies and became depressed. I was seeing a psychiatrist and in one session, he said that I have Autism Spectrum Disorder (ASD, under which Asperger’s is now classified). It was difficult for me to process because it reaffirmed this belief that I was different. Because autism is considered a disorder, it was a huge blow to my self confidence.

How Dharma has helped me

Dharma has helped and still is helping me change my view around autism. I now see autism or Asperger’s not as a disorder, but rather as a different lens of seeing the world. By living in a conscious community, I’ve been learning how to live and work with others.

One big insight I had was that with Autism, there is difficulty with understanding context. This might come naturally to you, but it doesn’t to me. When you are working with others this manifests as, “what needs to be done in the moment?” For example, I might be told to do something like washing the plates. There may be dirty cups next to the plates, and I would only wash the plates and not the cups. At times like this, it was pointed out to me that I did exactly what I was told to do and nothing else. From this, I learned that context is important in understanding other people’s needs and desires.

In other instances, I would be cleaning the house with others and be told that I was working slowly. For a long time, I took this personally. I thought there was nothing wrong with my pace and that everyone was just rushing. Then one day, I was talking with one of my Dharma trainers, Dean, about it. Dean also happens to be a professional counsellor with knowledge of ASD. He helped by pointing out that comparing how fast or slow I work is related to the pace of everyone else. Again, it’s about context. This helped me relate to a pattern I already knew, rather than taking it personally.

At this point, in case you’re thinking I’ve been picked on, I want to name that everyone who lives here also gets training like this. It’s why the center exists. It’s why we all live here. For example, someone else might be working slowly too, for entirely different reasons. It might be part of a (common) resistance to being told what to do. That pattern of resistance would be pointed out whenever it appears, so the person could look at it and see how it affects their unconscious actions. All the training comes from an aspiration to make our behaviors more conscious and to reach our full potential. And to not take things personally, where we get stuck and can’t look honestly.

And when I looked honestly, I realized that I’d given little thought to speed for much of my life. Especially in university, I would work by myself and concentrate on one task or project at a time. So while I did well in school, I didn’t do so well when working with others because I didn’t consider context.

I did a two-week meditation retreat and I had an interview with my teacher, Catherine Sensei. I asked her if I was doing my mandala offerings (one of the Tibetan foundation practices) fast enough. She encouraged me to do them faster, offering that doing things slowly ensures security-and life doesn’t always wait for us. As I did mandala offerings, I started to see how my being slow was related to my fear of uncertainty. Being slow is my attempt to make every moment solidified and secure.

Also, through the practice of mandala offerings, I was developing my lateral thinking skills. This practice involves naming and offering up thousands of objects to the universe, to reduce our clinging to things and concepts. So I was looking up different animals or body parts, for example, and had to switch my attention quickly to new information. This action goes against the grain of ASD, where people tend to be very detail-orientated and concentrate on a single subject for a long time.

Life training on the cushion

During the mandala offerings, different thoughts and experiences would also pop up in my head randomly. I was developing flexibility in my thinking. Seeing them more clearly, I was dealing with these things in a way that I wouldn’t have in daily life.

During the retreat, doubting questions also popped up in my mind like,

“Am I doing mandala offerings the right way?”

“Is it bad that I offered certain things again?” or,

“Is it not correct that I’m not fully saying the mantra?”

In daily life, these kinds of negative thoughts might paralyse me or affect my state. But by carrying on with the mandala offerings through all of this, I gained the courage to explore alternative ways of thinking.

It’s all in the view

I am very grateful that I have found the Teachers and the Dharma. Without them, I would be trapped in this way of thinking that I have a disorder when in fact, it comes down to the view I have of it. The Teachers are some of the few people who are wise and compassionate enough to point out and work with the patterns and challenges that I have. They are way ahead of their time in this regard because current society does not have a proper way of educating and training people with ASD, particularly with adults. I feel fortunate in having the opportunity to work in new ways with old patterns that would otherwise continue to cause me suffering.

One thought on “Challenging My View of Asperger’s Through Dharma”