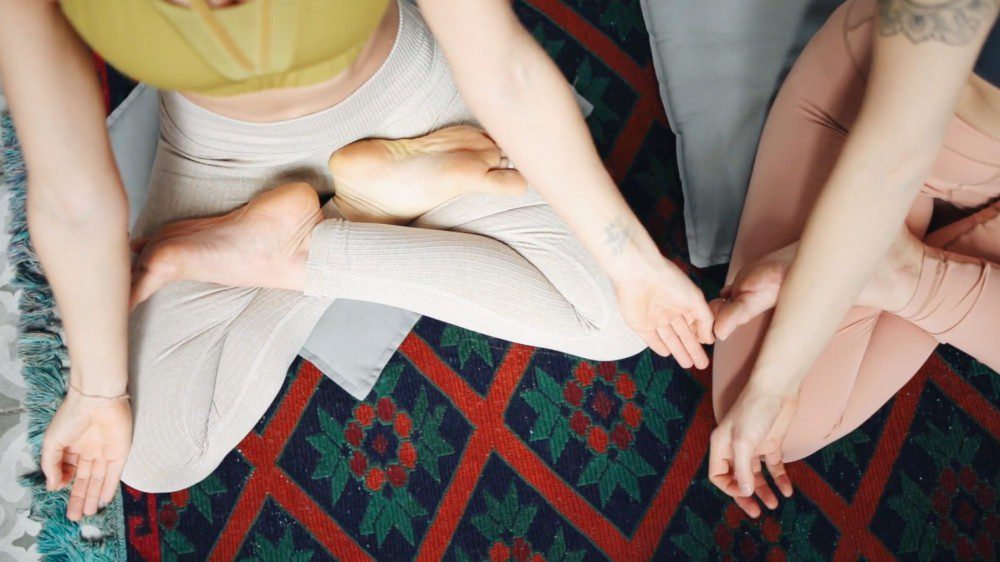 How Sex and Dharma Healed my Relationship with Women (and Myself)

We all have individual Dharmic paths that lead towards our own unfoldment. For some, it’s meditation. For others, it’s service. For me, it’s sex.

Well, technically, for me it’s all the above. And, I feel so grateful to have discovered the central role that sex plays for me.

I’m lucky that I live at a center where our Teachers skillfully use taboos as a tool for transcendence, and lucky because sex is such a juicy (pardon the pun) area for healing social conditioning and core hurts around trauma, loneliness, attractiveness. The list goes on…

This journey began two years ago when I asked Catherine Sensei for advice on my Dharmic path. As a master Astrologer, (she’s developed an online course which uses your astrological placements as a tool for transcendence), I asked her how to work with my North Node (North Node is your Dharmic path through the lens of Astrology)

With my North Node in Taurus (body, sensuality) in the 9th House (structure, higher learning), Catherine Sensei suggested I explore sex in a structured and intentional way. Not only did this suggestion lead to incredible healing in my journey, it also led to a full career change where I now work as a Somatic Sex and Intimacy Coach.

The Courage to Face Our Shadow

And it’s through this journey that I came face to face with one glaring blind spot that is deeply rooted in me: internalized misogyny.

I discovered this blind spot in a very unexpected way. My learning as a Somatic Sex Educator required me to do a five-day retreat. During the intake process, I asked my mentor what most women chose as their focus area for retreat. Without pause he said, “many women want to learn how to have multiple orgasms or ejaculate.” Sure, both fun endeavours. But I was tired of sex that focused on bigger and better. I was ready to let go, surrender, and be soft with myself.

So for five days, I focused on somatic inquiry with no goal for orgasm, big wows, or anything except feeling into the wisdom of my body.

This was an incredible opportunity to discover the power of less, creating space for so much more.

On the third night, as I sat in stillness watching the moon, something incredible happened. My heart softened and opened. It felt like an unconscious wall that had been pushing away all women, just melted away. Through this melting, I felt a softening and acceptance of my own femininity and the femininity in all beings.

I realized how I had unconsciously been suppressing and belittling feminine energy because I believed it was weak, emotional, and less valuable than masculine energy.

In our patriarchal culture, I had felt like I always had to be doing things and proving myself in ways that kept me from looking like an emotional female. At work, I would push through my menstruation cramps (in fear of looking weak compared to male colleagues), in romantic relationships I would hide my feelings (for fear of looking needy), and in sex I would emulate mainstream media (for fear of being left for a younger, sexier woman).

In short, I had tried to hide some of the aspects that made me, me. And in doing so, I unconsciously pushed away other women.

Welcoming in a Deep Love of the Feminine

On that evening in retreat, I felt the beauty, the courage, and the stillness of the feminine. This softening created space in my heart for a deep love for my mother, my sisters, my female Teachers, colleagues, and friends. It was an opening to love and acceptance of myself and all women.

At Clear Sky, Doug and Catherine Sensei lead us in skillfully dancing with and integrating cultural taboos. They teach us to see and appreciate the strengths and weaknesses within both yin and yang. In fact, Catherine Sensei inspired and fueled my journey through her compassionate teachings on internalized misogyny and her continuing dedicated work on reintegrating women into the Buddhist narrative.

And last night, as I shared these insights, they provided a beautiful reflection:

“If someone sees themselves as just one gender or race, they’re not looking beyond this one lifetime. We’ve all lived so many lifetimes that we’ve already experienced every gender and every race several times over. It’s time for us to realize that we are all each other. Always have been. Always will be. Forever.”

You can find more articles addressing ego, shadows, and taboos on the website of our founding teachers and in Catherine Sensei’s upcoming online course:

While there may be frustration, grief and rage about historical gender inequity in Buddhism, we can use Buddhist methodologies to transform these conflicting emotions into greater compassion and wisdom.

Join Catherine Pawasarat Sensei for this talk, hosted by Menla, on how we can adapt and shift our traditional perceptions of gender as Buddhist practitioners.