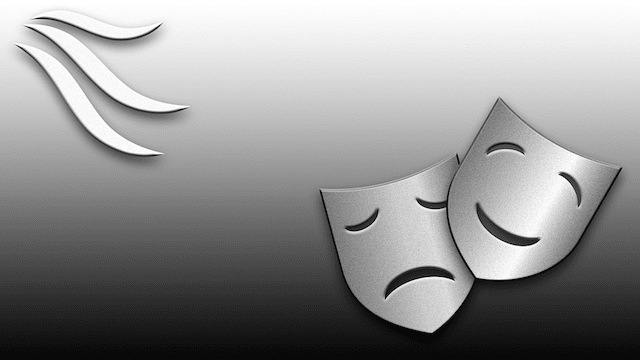 Attached to Suffering - Following The Script for the Modern Happy Life

Settling for A Normal Life

From the time I was a young boy I struggled with the big questions in life. What happens when we die? Is there a God? What is the right way to live? These questions filtered through all of my thoughts and actions.

When I talked about my thoughts and worries, though, I discovered that my friends didn’t seem to think about these questions at all.

Even as I became involved with a church and a local Christian youth group, I continued to be mystified that other people either didn’t have similar experiences – or if they did, it didn’t seem to provoke further exploration or questioning about their life. It made me feel quite alone, that there must be something weird about me.

As a young adult, I gained some comfort from reading about the different religious and philosophical traditions. Throughout time, others had known the questions and feelings that stirred so deeply in me.

Still, I was a product of my culture. I ended up with a Master’s Degree, a stable career, a wife, two kids, a cat and dog, and a house. Everything was going according to the blueprint of a successful life.

And yet, I was dissatisfied. Those deeper questions still nagged at me. At 33, one night I lay on the roof of my first house and looked at the stars shining above wondering, “Is this it? Is this all that life is about?”

Am I Really Stuck in This Role?

Imagine for a moment that you’re in a play. Perhaps you’re a heroic character or a villain. Maybe you’re a victim or support character. Which role do you identify with most?

On stage, you’d follow the script and play your part as convincingly as you could. But what would happen if you got on stage, and then forgot it was a play? If you got so comfortable in your part that you forgot it was just a story and that you were free to make different choices? And what if your part meant that you had to be unhappy and suffer?

Well, this is exactly what we do.

The problem with sticking to the accepted script is that it doesn’t really help us deal with the issues that arise in life. Issues like marriage conflict, career dissatisfaction, financial concerns, depression – all the potential downsides of what I’d call the standard western lifestyle. What’s more, the script says there’s something wrong with you if you’re not feeling great about having a chance at such a “great” life.

So I came to believe that if I was suffering in my life, then that was just my cross to bear. It was the way of life, there was a script and I had to stick to it.

The Answer May Be Right in Front of You

I heard about Clear Sky Meditation Center shortly after it opened in 2005 but hadn’t given it much thought. Although I lived 30 minutes away by car, it wasn’t until 2014 that I first visited.

I started coming out to the practice meditation weekends and then did my first solo meditation retreat in 2015. I began doing Karma Yoga (service) online from home in support of the teachers and the Center. I’d been introduced to Buddhism at 19 and read various texts. Now, those teachings were being embodied in a way I hadn’t experienced.

All the while, I tried to find a way to marry my Christian practice with my growing Dharma understanding and meditation practice. But my personal struggles continued to grow stronger, my depression deeper, my sense of hopelessness darker. Again, I thought this was just how it was to be. There seemed no way out of the script.

Then in the summer of 2016, two things happened. First, my wife of 20+ years and longtime supporter of my spiritual seeking, said I needed to make a decision–between the Christian path and my interest in Buddhism and Clear Sky. What she actually said was, “Shit, or get off the pot.”

Around the same time, Doug Sensei, one of Clear Sky’s founding teachers told me, “A person’s ability to endure suffering will determine how long it takes them to commit to awakening.” In other words, the more suffering you’re willing to put up with, the longer it takes to choose the path.

“A person’s ability to endure suffering will determine how long it takes them to commit to awakening.”​

I’d been willing to continue to suffer because I believed it was my part in the script, my lot in life. I was attached to my suffering.

Once I saw how this belief kept me trapped I felt free to make a different choice. I could take on a new role, become part of a different play.

I chose to get off the pot. A few months later, with my marriage ending, I asked to move to Clear Sky to further my awakening and dive fully into spiritual life. Since then, my life has changed in ways both subtle and profound. Doug Sensei and Cata Sensei are both my teachers, and together they have helped me to continue and deepen my spiritual practice and unfoldment.

Are You Choosing to Suffer?

If you find that you’re also struggling with deeper questions that modern society doesn’t answer, if you’re trying to live out the script of the standard western life while feeling more depressed, disconnected and dissatisfied, perhaps you can ask yourself,

“How attached am I to my suffering?

Do I believe the script I’m following?”

Your leap doesn’t have to be as extreme as mine. I do want to say that since I really looked at these questions, and made some very difficult choices and changes, I am clearer, calmer, and able to face the continuing challenges of life with a broader view and hopefully more grace and wisdom. My life feels full and rich. The deep questions that kept me awake at night as a teenager don’t trouble me the way they used to.

I don’t have to play the part of the one who suffers.
Now, I see life more and more as an unscripted drama, and as I grow I know that I can choose what role I want to play.

3 thoughts on “Attached to The Suffering”

Beneath the confusion and distraction of our minds, the Mind itself is empty, spontaneous, and compassionate. The practice of Dzogchen helps us cut right through the confusion to this original, pure, and luminous nature of Mind.