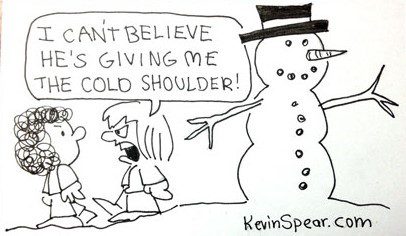 As I spoke those words, my eyes locked on the road and my mind scrambled to figure out where I was going to stay. Knowing where I’d sleep didn’t matter in the moment though, what mattered was proving to my partner that they couldn’t hurt me.

For months, my partner and I had fought a cold war. My weapons were passive aggression, distance, and silence.

Now, the silence was exploding twenty minutes into our vacation weekend.

We lived in different towns, and I’d come to visit for a few days.

The day before, as my partner and I packed the car for our trip, he had mentioned he was visiting a friend that night. I didn’t mind that he had prior plans – it was a sudden trip – but who was this friend, I wondered. Is it a date? Is he actually going on a date with someone else tonight, while I’m supposed to wait at home? What kind of loser does he think I am?

All I had to do was ask who he was seeing and that would clear the air. That’s it. But the thought of that made my chest contract and my pride whisper, “don’t appear vulnerable – it will give him the upper hand.”

In that moment, I relinquished to my old friend, silence.

Silence is my most reliable way of hurting both real and imagined offenders. At a young age, I’d discovered that silence not only helped me avoid confrontation, but it allowed me to disappear into a world where I was always right and they were always wrong.

Silence kept me out of trouble and helped me avoid the shame of being wrong.

And now, a lifetime of silence was working against me

Once again, my unwillingness to express my feelings had slowly layered hurt upon hurt. Small misunderstandings compiled into a painful fog of confusion, hurt, and shame. My mind had turned my partner into the enemy and it was determined to hide those wounds, in fear that he would know he had the power to hurt me.

After a long, painful silence, my partner reached out first.

But instead of blaming or attacking me, he described how my actions, my coldness, had hurt him. Not only had my silence made him angry and confused, he truly believed that I hated him.

I was stunned that he showed his pain so willingly. I discovered that by protecting my heart, I’d also restricted it from being fully open and loving.

By breaking the silence and showing his vulnerability, my partner opened up a space where I now felt safe to talk.

After he finished, I felt drawn to break my silence. I knew that if I truly loved him, I needed to move past my fears and communicate with empathy and honesty.

Instead of blaming or arguing though, he simply mirrored my words back to me. “So you’re saying that you feel inferior because I discuss your vulnerabilities but keep mine hidden. Is that correct?” he asked.

Sometimes one word leads to another

Unexpectedly, my words continued. They shifted from blaming him to getting to the heart of my pain and anger. I discovered that I was projecting old hurts onto him because I wasn’t confronting them in myself.

In reality, he didn’t feel superior to me; I felt inferior to everyone.

That drive showed me how communication is integral to loving ourselves and others. It also made me question where else I created pain by holding in my words and feelings.

After that insight, I began practicing open communication at work and with friends. It was bumpy. Yet, these uncomfortable conversations strengthened my relationships and made me feel more confident and comfortable in myself.

Through practice, I discovered three key elements to improving communication:

Mirroring: Mirroring is when you repeat what your partner said and then ask them if you said it correctly. Mirroring helps resolve misunderstandings and is an incredible tool to help both parties feel heard. For example, “What I’m hearing is that you feel unloved when I don’t share chocolate with you. Is that correct?”

Triangulation: Triangulation is when you ask a third person to join you in an uncomfortable conversation. A triangulator helps both parties stay focused on wholesome conversation through encouraging both to mirror and name their feelings. I find this role important because it keeps me from backing out of the conversation when I get nervous. For example, “Ava, was there something you wanted to say to everyone about chocolate?”

Every time I speak my truth, it feels like a small triumph for my self-esteem and well being. Although I still feel tension before telling others how I feel, I recognize the value of the conversation far outweighs holding it inside.

I’ve discovered that skillful and open communication creates a loving space for myself and those around me to flourish. And that feels like an incredible victory.

[Communication shapes the space where we meet is one of Clear Sky’s five principles. ]

2 thoughts on “I can’t tell my partner how I’m feeling: How honest communication saved my relationship”

While there may be frustration, grief and rage about historical gender inequity in Buddhism, we can use Buddhist methodologies to transform these conflicting emotions into greater compassion and wisdom. Join Catherine Pawasarat Sensei for this one hour introductory talk, a prelude to the weekend course on June 4-6.