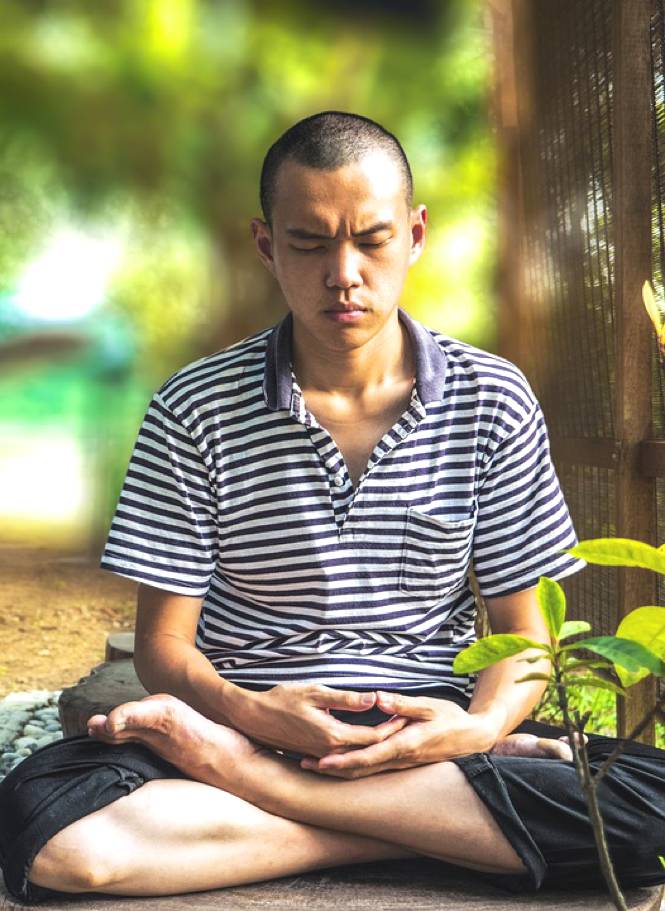 The whole space – a complex below a temple – was set up to support new meditators. Each day we enjoyed two meals, a short morning class, and the use of two meditation halls.

We were in silent retreat except for a daily interview with a teacher, where we got feedback, encouragement and further instructions along the way.

Ten days in I was following the program, pushing myself pretty hard, and getting increasingly focused.

On my way to have lunch, I saw somebody approaching me.

Now, this was an open retreat where people could arrive at any time and although we’re all told from day one not to talk to anyone, this new guy was walking straight toward me and looking as if he was going to talk to me.

Which is exactly what he did.

“Hey! Do you live in Tokyo? They told me there was someone else here from there – is that you?…I’ve been there for six months now…”

I got out of the interaction as best I could without being rude or engaging too much. I was in a good space, after all, so I smiled, wished him well and moved on.

But I knew it had knocked my concentration – the effort that goes into simple social interaction is much more than I ever realized.

Carrying on, I ate, walked and rested. I went back to sitting and walking meditation.

But something was different.

I couldn’t maintain the focus I’d been able to before lunch.

Surely a small conversation couldn’t have such a big impact?

But somehow it did. And it was subtle – barely the kind of thing you notice if you’re not in focused retreat.

As I walked up and down the hall, I couldn’t put my finger on why that simple conversation was still buzzing in my mind.

I could understand why things like lost loves, childhood memories or tempting fantasies had at times dominated my mind, but why this? It was nothing.

So what was actually going on?

I was so delighted to see this I think I actually said it out loud.

Until that point it hadn’t occurred to me that an emotion was there. I’d been just trying to re-concentrate and put it out of my mind.

And after seeing and naming the anger – just like that I was able to drop it.

When I think back to that moment, of course being interrupted like that could cause anger to arise.

Was it in my conditioning to suppress it and be nice to him? It didn’t matter why. The moment I named what was happening, it evaporated.

Laughably simple, yet a huge moment for me.

When we’re not totally aware of what’s going on in the moment, we’re essentially distracted.

It can be thoughts, memories, fantasy, sensations and desires that pull our attention.

This isn’t a revelation, of course – The Power of Now says it all.

But back to feelings…

If there’s something you can’t get off your mind, I suggest that you haven’t identified what’s really going on for you.

We all build up patterns of behaviour to protect ourselves.

We tend to avoid those deeper feelings of hurt, disguising them with feelings that we think make us feel stronger. And sometimes we deny ourselves joy for fear of being disappointed.

So maybe ‘upset’ isn’t quite there. You’re actually hurt.

If ‘insulted’ doesn’t seem to cover it – unappreciated?

You’ll know when you’ve got it, because you’ll be back in the moment. You’ll experience energy being freed, and you’ll have access to clearer wisdom and compassion around what you do next, if anything.

So, if something is sticking with you and you’re not sure why, dig deeper. Be honest and vulnerable with yourself.