Getting back in control, when the four-year old in you has taken over 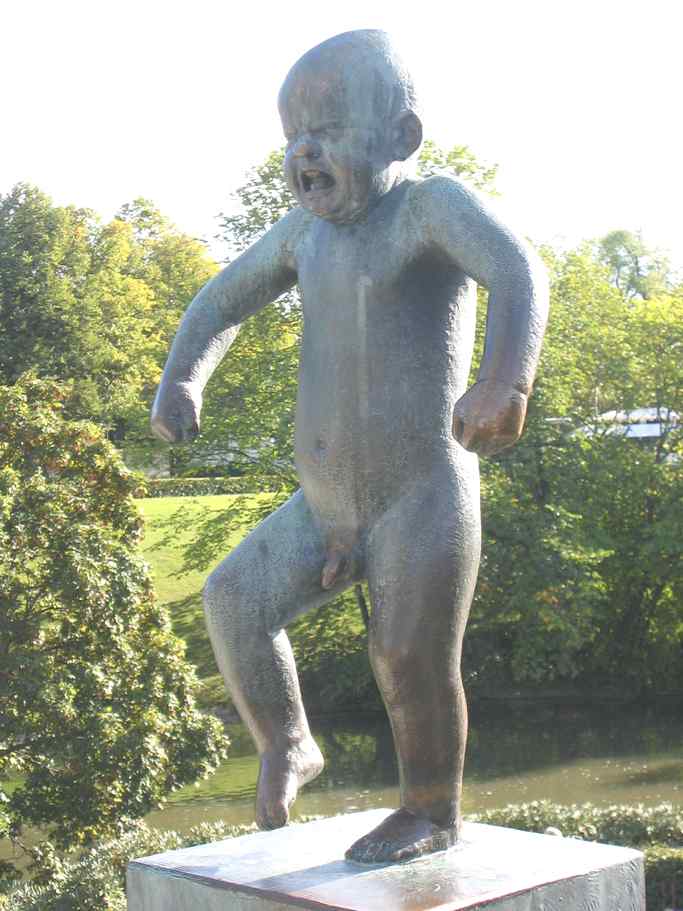 My heart rate jumped. I scowled, and my whole body tightened.

I clenched my jaw in total resistance.

That could be describing me at four years-old, being told to go to bed before my big brother.

Except I was 44, and I wasn’t being told to go to bed. Nor was I facing the death of a loved one, or even watching my favorite team lose. I’d just read a brief email, asking me to do something that would take maybe five minutes.

And from this little email, I’d quickly plunged into emotional lock-down.

I must be right when it feels like this!

My whole being was reacting with resistance. And when you feel that strongly about something, you must be right. Right?

And that’s the perfect time to reply to that email, of course, to strike while the iron is hot. Reply and move on.

After all, I’d be able to stay cool in my reply, with no hint at my over-reaction. I just needed to explain why I disagreed and then I could drop it and get on with my day.

And so I began crafting an appropriate and objective response, one where I wouldn’t sound in any way emotional or reactive.

But of course emotional is all I was

Did you ever notice that the longer the email, the more emotionally charged the topic is for the writer?

Rewriting the tenth paragraph, an hour later, it occurred to me that I was having a ‘reaction’ to the request and that I should not in fact go ahead and send this email.

Because by now, I’d vented all my thoughts onto the page, so I had the space to see I’d actually backed myself into a lonely corner over something really, really trivial.

In fact, I realized now, having spent all my time on my refusal reply, that I hadn’t even read the request carefully, and seen the words,
“…only if you think it’s worth it…”
at the bottom.

Embarrassed? Yes. It was still OK, though, because I hadn’t sent the reply. Only me and the thousands of people reading this post would ever know I’d just spent the last hour ranting to myself.

If I had sent the email, I would have been dumping on the other person. Yet, thanks to working with others in a conscious way, through karma yoga and living at Clear Sky, I’d begun to learn differentiate between what was dumping on others, and what was reasonable and compassionate communication.

The freedom of the 180-degree turn 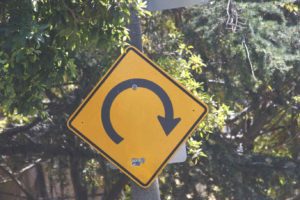 So, then I got to experience a feeling of extreme freedom.

I saw that I could just completely drop my whole position – everything I’d just vented for the last hour – without losing anything. Anything at all.

I could just change my mind and do a 180-degree turn, with zero consequences, and that both I and the other person would be better off.

So, I re-read the request, and just did the task. Happily. Then I replied,
“Good idea! Thanks, that’s done.”

I list these reasons because I can’t actually remember what exact button that email pushed, other than simply being told what to do. These are probably common themes that come up when people engage with other people.

The point was, I’d let whatever story was going on in my head propel me into a bad state, and into defending an arbitrary position. I was close to taking it out on the other person, wasting their energy as well as mine.

If you’ve backed yourself into a corner

I don’t know about you, but the four year-old me is lurking there, all the time, trying to avoid feeling controlled in any way. And when the four year old surfaces, that can make me difficult to be around, and not much fun to work with. Often, it takes mindfulness and effort not to revert back to that position. And yet, when we do, we suddenly becomes a lot easier to be around, and to spend time around others.

Here are a few ideas for what to do next time you find yourself in a corner, realize it was the four year-old you that got you there, and you want to get your adult brain back in charge when you’re working with other people.

1) Take some deep breaths and connect with your body. Look for tension, and note where it is. Breathe into the tension.

2) Remember the positive connection you have with the other person involved. How likely is it that they’re being deliberately malicious or unfair? And what control could they possibly have over your state of mind, unless you let them?

3) Allow for the possibility that you’ve made an assumption or missed something important – even if you don’t know what it is yet. Revisit or check the facts, if you can, and check you haven’t based your reaction on an assumption or projection.

4) Imagine how it would feel if you did a 180-degree turn, and let go of your position. If you can’t even imagine doing that, it’s a sign that you’ve backed yourself into an (arbitrary) corner.

5) Trust. Allow yourself to change your mind and know you won’t lose a thing. You can still address any issue there might be – and perhaps in a better way, at a better time.

Any degree of change is freedom

One of Clear Sky’s principles is that it’s easier with others. For that to be true, we need to be motivated to be a person that’s easier to work with! And to me, that’s about being willing to look at our own stuff and get as much freedom as we can from or habitual, unconscious patterns that make us reactive.

Of course, a full 180 degrees isn’t always the right response. But until you know you have the freedom to completely drop your position – and drop the idea that you have something to lose – then any degree of flexibility will be more of a challenge.

And even if 180 degrees is too much, I’d say that having any flexibility, where there used to be none, is still a step closer to freedom.

————
We’d love to see you here at Clear Sky, sometime soon, where we’re learning together what freedom means.