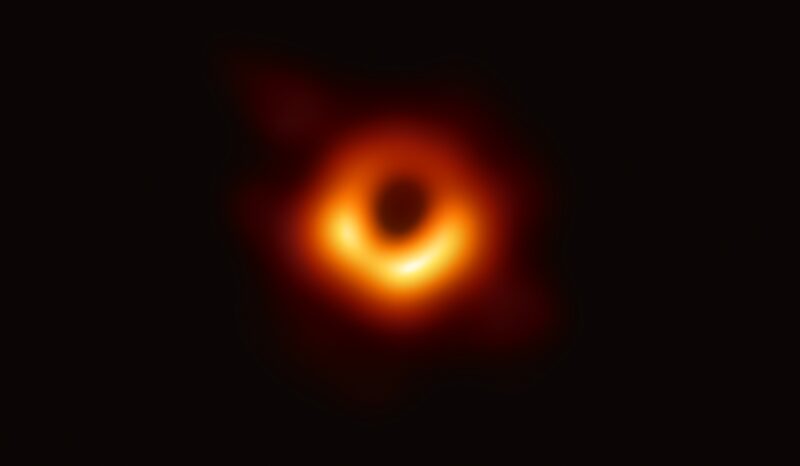 Mindfulness, Black Holes, and a Sense of Wonder

Mindfulness from black holes? How will we get there?

Apparently, the many black hole images I thought I’d seen before – they were fake news. For decades, artists, scientists, and special effects folks produced images of black holes. Yet, until this week, nobody had known what one truly looked like.

To get that image, it took an array of telescopes, an ingenious set of algorithms, and ten years of international cooperation.

What’s the link between black holes and mindfulness?

I’m glad you asked. It’s not a dark matter.

Mindfulness starts with the senses: the body. And I don’t know about you, but looking at this new image of a black hole affects me physically. It touches me in a way that the already amazing images of space hadn’t yet, for some reason.

Perhaps other such images affect you. Nebulae, whole galaxies, mind-blowing depictions of things way bigger than ourselves that the mind can barely grasp. Heck, just staring into the night sky blows my mind every time.

And that’s the connection to mindfulness.

When we practise mindfulness, we open up space to be surprised by what happens next. We’re out of the box. We’re out of habit mind.

When we bring full attention to an aspect of what’s happening, we can see or choose things more consciously. We gently move out of automatic pilot. Perhaps the black hole image gives more of a jolt out of auto pilot.

There was perhaps a mass experience like this when humans first landed on the moon. Or during the radio hoax of War of the Worlds. These shared experiences stunned people around the world into questioning their perspective on reality. It happened at other times in history, too, as the mysteries of the universe unfolded. What? The Earth isn’t flat?

Interruptions are a gift

Think about times when you got jolted into a strong sense of presence. These are the kinds of states we build up in meditation retreats.

I can recall inspiring moments, for example, when traveling. Waves washing onto a 70-mile beach. Ayers Rock at sunset. Kneeling on the ocean floor beside a giant clam. And there were other less inspiring moments that hit hard, too. Those “I remember where I was” moments – the day of Princess Di’s funeral, the unfolding disbelief of 9/11, the surreality of a mass shooting.

After all, aren’t we mostly gliding through each day in habit mode?

The movement called mindfulness is essentially a call to awareness. It’s a subtle call to constant prayer, or remembering the presence of God – a modern way of bringing meditative awareness into our days.

In his mindfulness program, originator Jon Kabat-Zinn found a way to integrate his Buddhist and yogic studies into his secular work on stress reduction. He gave people tools to come into the moment and out of their habit mind. You can check out our Integrating Mindfulness program here.

Wonder is a mindfulness tool

The black hole image (or rather, the image of its halo since the “object” itself is out of sight) just became one of my new mindfulness tools.

Take a moment with this:

Well, feel free to go back to your day now. I’m going to take a moment and stare at my desktop, in awe.

Clear Sky Meditation Center is a retreat center in BC, Canada. Have your mind blown by our founding teachers’ books or podcast.

2 thoughts on “Black Holes, Mindfulness, and a Sense of Wonder”