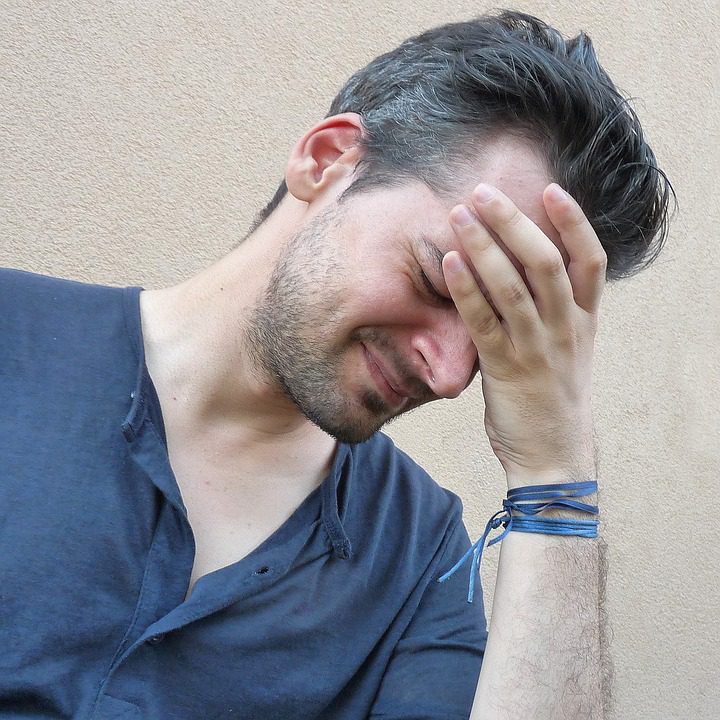 An English language student I once taught was clearly unhappy in our first class. That doesn’t sound traumatic, I know, but I was obsessed with it for the next few days, and it took some real effort to clear it from my mind.

The little things stick in our heads

He’d taken over the warm-up session, telling me all about the bad experience he’d had with his last teacher. As his negativity continued, it affected the flow of the class, the other students – and my confidence.

Other factors also made this a very awkward first class, so instead of building a good rapport with this new group of students as I’d hoped, I left the class feeling deflated and frustrated.

Now, on a scale of suffering, this maybe rates as a one out of ten. I know, there are people with real problems, right?  I even forgot about it for a few days.

But as the next week’s class grew nearer and I had to plan for it, an ache began to appear in my gut. I was immediately back into how I felt during the last class.  The thoughts led to feelings, and the feelings grew bigger.

“I should have handled it differently.”

“I must be a crappy teacher.”

With this, I started over-thinking my lesson plan to make sure I’d be in control. It was taking twice as long as normal and just not coming together, because the unconscious thought was, “I know it’s going to be a bad class.” I was subtly obsessed with a trifling issue, one that the other guy had likely completely forgotten or not even noticed.

Then it hit me.

I suddenly understood that to carry on obsessing like this would be creating a reality out of my story – that he was a problem student who didn’t like my teaching, and that it was going to be a disaster next time. And, whether it was true or not, I realized it would only become a problem if I continued to carry my side of the ‘problem’ with me into the class.

Learning how to change the channel and stop obsessing

What I did next was from a meditation I’d recently been taught. For the purpose of this short blog, I’ve broken it down into ‘Four steps to change the tune and get someone out of your head:”

1) Get some space around the story

If you can realize what’s actually going on – that it’s a story in your head, and that you’re literally creating your own problem by obsessing over it (or at least making it worse) – then it weakens the story.  Allowing space in your own position or view – that’s some new freedom, right there.

It really doesn’t matter how “true” it is. The method below works anyway.

Then, you actively replace the old tune with a new one.

Visualise the energy of whatever there is between you and the other person or people involved in your story – whether you see it as your or their feelings, your interpersonal history, or karma. It doesn’t matter – see it simply as energy.

When you can see and feel it physically around you, then visualise it all dissolving into space.

Let it all go.

Trust that this will have an effect. Forgive, love, breathe.

And do this whenever the person or issue comes to mind, even for a moment, so that the old story doesn’t get traction in your mind.

3) Bring it into your voice

Saying a mantra while you visualize helps bring the meditation into your speech, too. This will help you bring the new tune into your communication.

Use a phrase that works for you, or there’s a mantra for purification you can use:

You can say this while imagining white light flowing through you and others, purifying the energy.

So, back to the story. I did steps 1- 3 leading up to the next class, whenever it came to mind.

When that student came into the room, I could see it in his eyes – the old melody was indeed still in his head. Maybe he wasn’t as obsessed as I’d been, but he clearly wasn’t happy to be walking in the room.

But because I’d kept the story out of my head for the last few days, I was no longer carrying my side of it.

Even as I got the students talking with each other as a warm-up, I continued to do the mantra and visualization. Within two to three minutes, I could feel the issue between us simply evaporate. We’d both dropped it, and were starting fresh.

I was in the moment, without that issue coloring how I interacted with him at all. And the issue went away.

Some tunes are worth repeating

I’m not saying every situation will change as quickly or permanently as this one, if you use this method.

But I do invite you to practice this and see if you can change the tune next time you can’t get someone out of your head.

Music to your Ears?

Visit Clear Sky sometime, and learn some new tunes that could profoundly affect your experience.

While there may be frustration, grief and rage about historical gender inequity in Buddhism, we can use Buddhist methodologies to transform these conflicting emotions into greater compassion and wisdom. Join Catherine Pawasarat Sensei for this one hour introductory talk, a prelude to the weekend course on June 4-6.