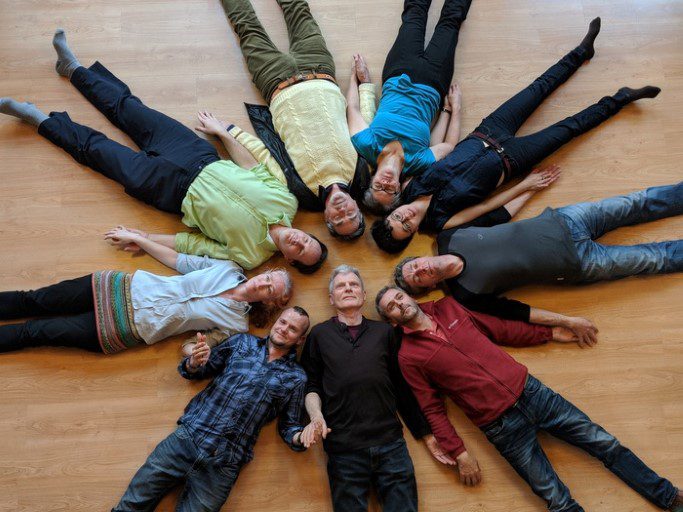 When I smashed my roommate’s vase, it was one of those slow moments.

A shift in the being

Things had started changing a year prior, when I discovered meditation. A friend told me about a retreat centre that was offering a 10-day retreat, and even though I’d never meditated, I just went for it

As the retreat concluded, I overwhelmingly felt that something had shifted.

I’d discovered an incredible new realm that helped me feel more free and energized. I was a changed person.

Not only that – I was now a holy, learned person! And I was going to take this new discovery and meditate every day. No, I would make it twice a day. No matter what challenges were to come, I would overcome them with my new found meditative passion.

I stuck to my new routine for almost one entire week.

I still had the intention to meditate after that, yet life just kept getting in the way. Maybe you can understand this. Distractions, stress, and lethargy became my focus instead of the breath, and “I’ll meditate tomorrow” was my mantra. The most incredible thing to me now was that whenever my self-tyrant made me feel guilty about not meditating, I would turn to food, alcohol, or Netflix to quell the guilt, instead of, you know…meditating.

What it takes to ask for help

While my old vices weren’t working anymore, I hadn’t formed new habits to replace them. And after a particularly difficult month, the volcano of guilt, anxiety, and anger erupted.

I started calling in sick to work and stopped basic self care. I simply wasn’t honoring that profound shift that had happened in myself.

Finally, one night, I was home alone and particularly angry. In an unbridled explosive moment, I threw the book I was reading across the room, and it shattered a vase that had belonged to my roommate’s grandmother.

My roommate cried. I cried. And the next day, I reached out to a friend for help. That friend invited me to a weekly meditation class.

When I learned that it’s easier with others

This was the new shift I needed. The supportive community gave me the encouragement to start sitting for five minutes a day and to gradually make increments. I didn’t always make it, but meeting with them every week helped me keep momentum and keep trying.

And that was just the beginning of spiritual community for me.

Shortly after starting those classes being run by Clear Sky sangha members, I met their teachers Doug and Catherine Sensei, the founders of Clear Sky. Their profound teachings moved something deep inside me. Spending time with them felt like I had arrived home. One year later – now one year ago – Clear Sky became my home.

I know this might read like a cheesy testimonial, but it comes from the heart and it’s why I’m here now.

One of the best things about living at Clear Sky is being surrounded by dedicated and compassionate meditators. Practicing in community not only encourages me to meditate on the days I’m struggling, but it has made my practice deeply enriching.

In particular, I find that practicing in a group creates greater focus, bliss, and insight than when I’m practicing alone. I used to meditate so that I, Ava, could feel good. Meditating in community has taken me beyond the self and created a desire to spread the goodness to all beings.

It’s Easier with Others is one of Clear Sky’s principles for creating a strong spiritual container.