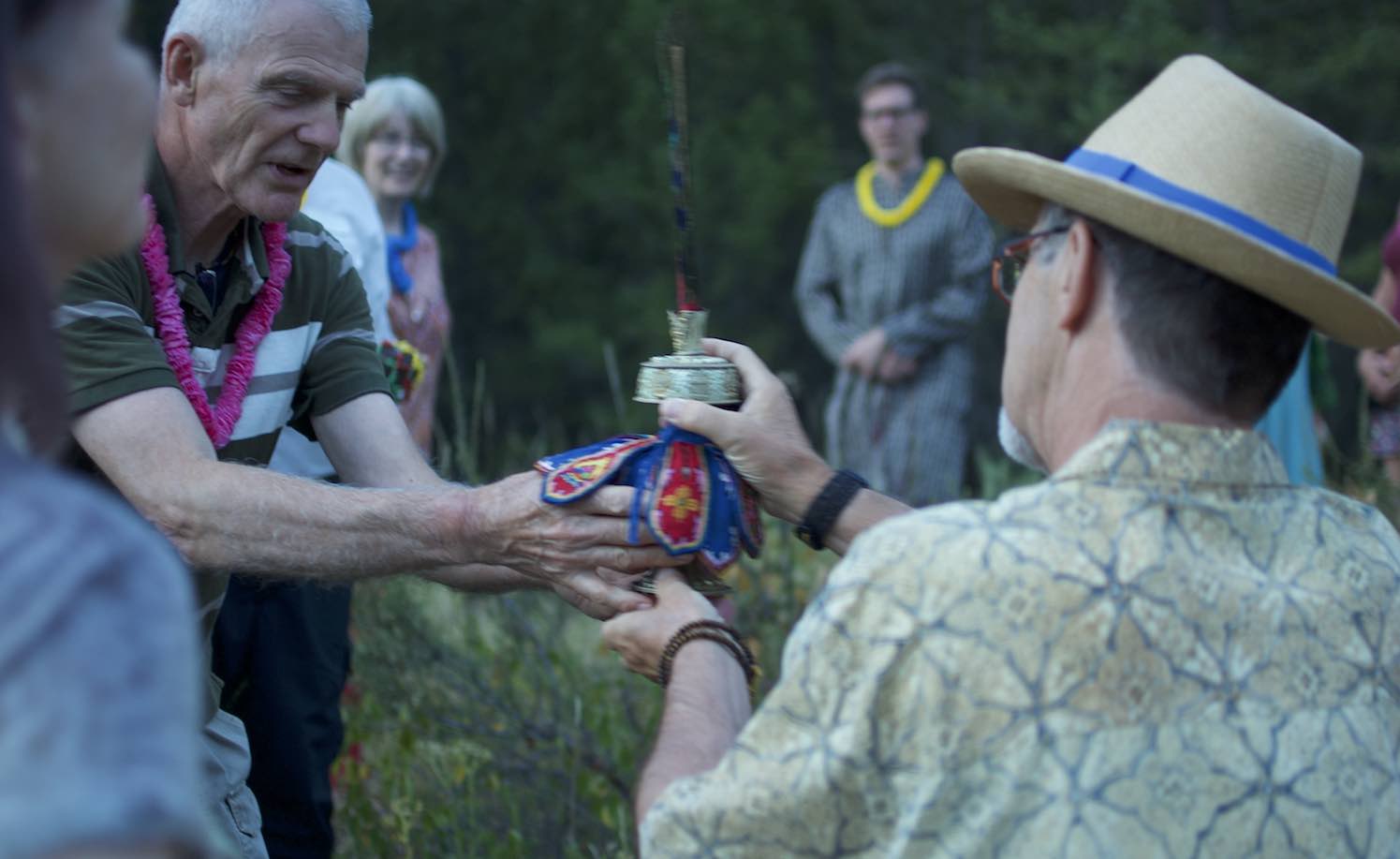 In Vajrayana Buddhism, initiations, empowerments or wongkur (Tib. དབང་, wang) are considered the spring from which all blessings flow. Join us for a week of twelve initiations, followed by a weekend of joy to celebrate our 15th anniversary.

A week of Vajrayana Initiations and Clear Sky’s 15th Anniversary

Not only is 2020 Doug Duncan Sensei’s 70th year, it is also our 15th anniversary!  To celebrate, we invite you to join us for a week of rarely given vajrayana initiations / empowerments, followed by a weekend of sangha celebrations.

What are Vajrayana Empowerments, Initiations and Wongkur?

In the depth of the psyche lie all possibilities in a state of unrealized potential. In every being there exists the possibility of experiencing transcendental consciousness, which when the student is ready, the Teacher(s) can make accessible to him or her via empowerment, initiation, or wongkur.

One should regard Wongkur as an event in which the Lama sows the seed of transcendental consciousness in the depth of the student. The seed will lie in the unconscious until the student brings it to realization in the practice of meditation.

IMPORTANT NOTE: You may request to sponsor a Wong during this retreat. To request and sponsor, register for the retreat and email Doug and Catherine Sensei with your request by February 1st, 2020.

Why a Week of Empowerments?

Doug and Catherine Sensei will be offering a total of twelve empowerments during this celebration week.  They have chosen to do so, to honour lineage, and to sow the seeds for future realization.  Many of the initiations given will be rare empowerments that they have not given recently.

There will be two empowerments a day, with practice time in between. It will be a busy, bustling, engaging, immersive and quite frankly incredible week.

Doug Duncan and Catherine Pawasarat are Dharma and meditation teachers who founded Clear Sky Meditation Centre, BC, Canada. Achariya Doug Duncan received lay ordination from Namgyal Rinpoche in 1978, and is a lineage holder in that teaching. Known for his direct, humourous and compassionate engagement with students, Doug embraces various traditions, contemporary psychology, and science, to mentor all beings to a more awakened state. Catherine Pawasarat has trained daily with Acariya Doug Duncan since 1998 in an intensive spiritual apprenticeship that is rare in the modern West. She received lay ordination from Namgyal Rinpoche in 2003. In addition to Buddhist philosophy and its applications to daily life, Catherine also draws on generative living and the arts. With Doug she is co-founder of Clear Sky Retreat Center in the BC Rockies.

Dana: This course is offered by Doug and Catherine Sensei through the ancient principle of generosity, or Dāna. The retreat fee covers the cost of food and accommodation, whereas the Teachings are offered by generosity. Learn more about Dāna here.

Cost: As a charitable organization, we strive to provide locally sourced organic meals and comfortable accommodations at an affordable price. Fees vary depending on your accommodation choice and early bird pricing. More information about cost is coming soon.

This special retreat includes two Wongkurs a day over six days. More specific details about the schedule are coming soon.

Arrival/Departure: Arrival is Friday June 26, by 4pm. How to get here.

Booking a flight? Airport pickups can be booked when you register for the retreat. On the rare chance that this retreat is cancelled, we highly recommend purchasing travel insurance.

After the retreat we also suggest staying for at least another day for integration.

Located in the BC rocky mountains, we offer over 300-acres to deepen your practice and reconnect with nature. Founded by Doug Duncan and Catherine Pawasarat, we are home to students from around the globe who are dedicated to co-creating a supportive and innovative space for awakening in our modern world.

Here are some FAQs on how to get here, what to bring and what to expect.

To help you get acquainted with us, some community members made this short video during our 2019 Buddhas in Action retreat. To learn more about us and our incredible community, click here!